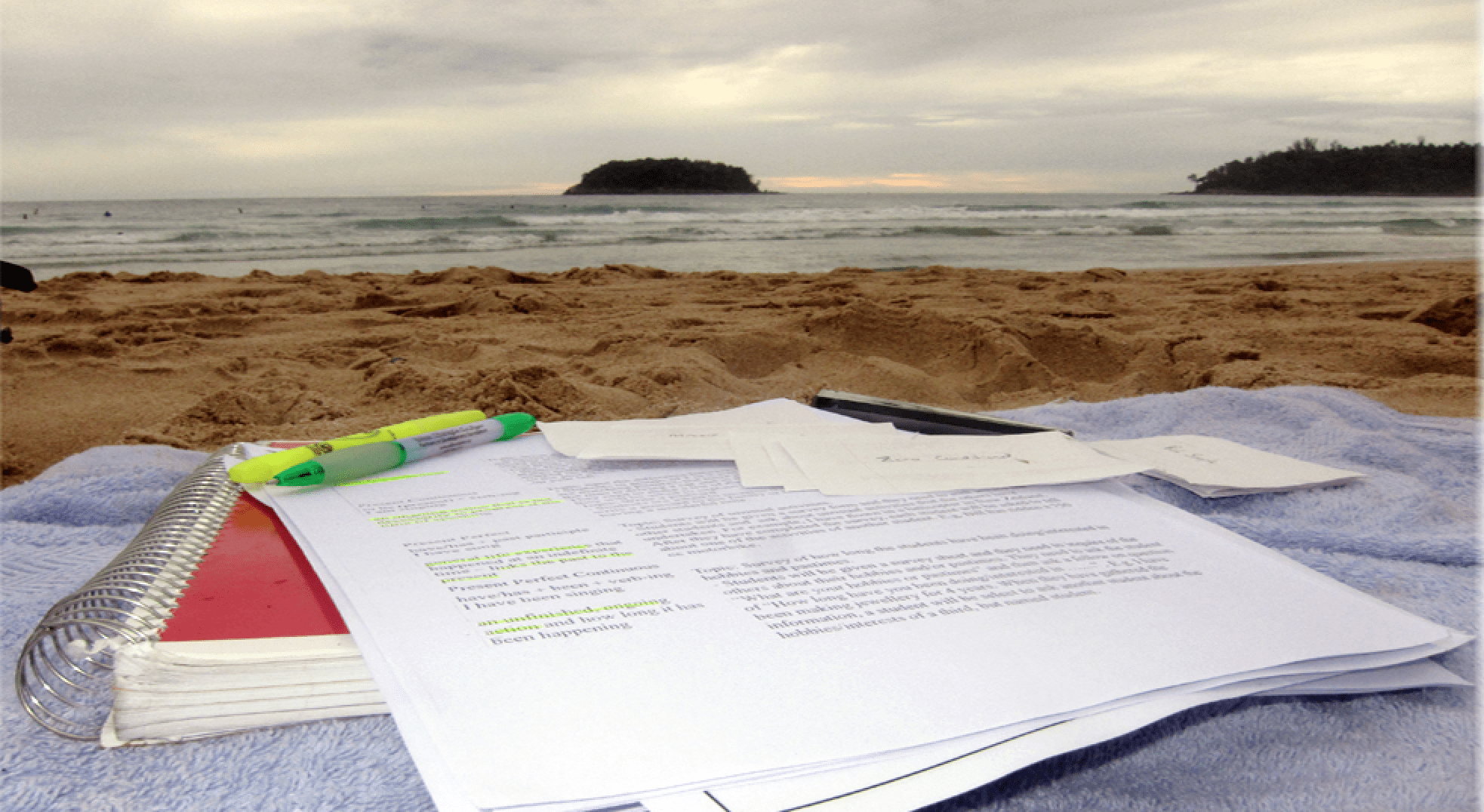 “Summer’s lease hath all too short a date.” Who would have known amidst his journey to becoming one of the most gifted writers in the English language, Shakespeare would have known how to approach standardized test prep! We have fun with our literary references, but let’s be real: students need to take advantage of standardized test prep before the end of summer’s “lease.” Conventional wisdom says that since school is out, it’s time to pull out the beach towels and swimsuits, and students should wait until the second semester of their junior year before beginning test prep. What better way to prepare for the hardest year of someone’s high school career than to relax and clear the mind, right? Not quite.

This flawed understanding is based on the idea that a student will have more material under their belt by the second semester of their junior year and will be blessed with a natural score improvement. While on the surface this might sound logical, it’s actually a common misconception about standardized tests and the preparation necessary to do well on them. The SAT and ACT have little to do with what a student learns in their junior year of high school. They don’t test the in depth calculus or english concepts that most juniors face.  Instead, the SAT and the ACT test different alterations of the fundamental concepts that students learn in middle school. This is why starting test prep in the summer is a great idea. Test prep will give students the opportunity to fill their current knowledge gaps, which will help them on the test, while also providing students an opportunity to keep their minds sharp ahead of their junior year.

Junior year is quite the academic beast, and we know that from experience. Standardized test prep shouldn’t feel like “that extra thing” that students need to do; it can actually act to alleviate the stress of junior year if students begin early enough. Junior year will be stressful regardless, but by starting summer test prep early, students can use their prep as a tool to not only help maximize their standardized test scores, but also to prepare them for the different reading, writing, and math that they will face in the school year ahead. And, with advances in technology, standardized test prep has taken on many different forms. Whether it’s through online skill building or lessons on different pattern recognition techniques, students have options that make test prep both convenient and highly targeted to their weaknesses.

Students aren’t just at an advantage when they start test prep early; they are at a disadvantage when they don’t. We’re happy to help build your student’s fundamental math and writing skills, but we know we are most effective as tutors when a student comes to us prepared and with a thorough understanding of the basic concepts.  That’s why we offer SmartyPrep, our fully integrated gamified test prep app, that will provide your student with instant feedback as they “skill build.” It’s never too early to start refreshing on those fundamental concepts, and we recommend SmartyPrep use to anyone ready to begin their test prep journey (even freshmen!). Get ahead of it, sign up for SmartyPrep, and don’t wait until March of your junior year to realize it’s time to prep!  The earlier you’ve gotten these tests out of the way, the more time you have to focus on the other parts of the college application that will make you stand out.